"Freedom and honor are not given, but earned."

The amani of Kaiator are one of the seven playable races in The Exiled Realm of Arborea.


Known for their constant war and extreme strength, they were once slaves, serving as conquerors for their masters. They set themselves free and learned to temper their lust for war and desire peace instead. Today, they are an honorable and noble race.

"Enslaved by conquering giants and freed many centuries later by the goddess Kaia, the amani value freedom above all things. They are naturally wary and slow to trust, but having earned their trust, you will have it until you prove faithless. You really don't want to do that.
Amani are direct in speech and action, honest, candid, and somewhat imperious. They are usually respected, often admired, sometimes feared. No one doubts they will say what they mean, do what they say, and make life very hard on their enemies."

"Created by the god Amarun, the amani fought a protracted war with the devas (and their goddess Zuras). Weakened by the conflict, Amarun was killed by Tithus, the god of the giants, and the amani were absorbed and enslaved by the expanding empire of the giants, who bred them into ever-better warriors.
Eventually freed from slavery by the intervention of the gods Kaia, Lok, and the ingenuity of the castanics, the amani had learned the value of cooperation. They came to the defense of Essenia during the incursion of the high elves, and later joined the fledgling Valkyon Federation during the Argon war, dedicating themselves wholeheartedly to the principles of racial unity."

"With their hard-won freedom and commitment to the values embodied in the Valkyon Federation, it's a good time to be an aman. Though they still distrust the barakas for their genetic and historic ties to giants, they realize that this new order is the best—the only—way forward.
The famed amani vigilance can still flare into fury at any threat to freedom—theirs or someone else's, and there is no ally more unfaltering and unstoppable in freedom's defense."

"The "Iron Bastion of the North" is the crucible of amani culture and military prowess. Raised to honor the goddess Kaia, their patron, Kaiator's immense dome scrapes the heavens. Kaia lives within the city, an ever-present guardian and teacher to her chosen people. It is the spearhead of freedom against the argon menace.
In Kaiator, they fight for freedom as though it were the only thing that matters—because it is. They fight with hard-won skill, defend with undying loyalty, and remember their dead with honor." 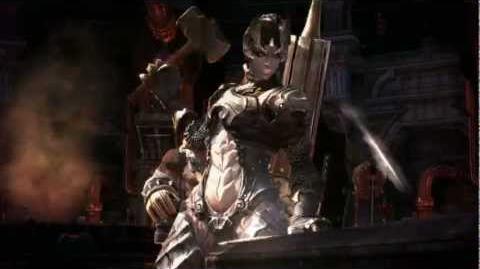