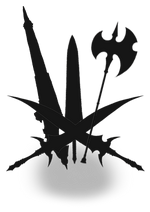 In TERA, a character can only specialize in one weapon, that person cannot go back and will only know the weapon proficiency of the class that the person has chosen during the character creation screen.

More powerful weapon can improve character's overall damage output toward their damage, improve their blocking capabilities or their healing power.

Such weapons can be obtained from certain methods such as purchasing them from NPC shops or the Brokerage, finding them from an enemy as a drop, obtaining it as a quest reward, or even craft.

Powerful Avatar Weapons can be obtained by collecting Weapon Relics.